React.js has widened the path and opportunities for many front-end developers to create user-friendly interfaces. It has emerged as a prevalent, robust, open-source JavaScript library that performs data viewing using HTML. You can also recognize it in different notations such as ReactJS, React.js, popularly known as Facebook React.js. This article will guide you on how to check React version and a list of React versions.

Facebook developed ReactJS for creating rich and interactive web-based applications quickly and with minimal coding. The main purpose of ReactJS is to provide efficient rendering performance. It works on different components rather than working on the entire web application. It allows the developers to split the complex UI into smaller and simpler components.

This led to many issues like handling applications as it required many cascading updates at that time to work efficiently. After some time, these cascading updates got out of the Facebook engineers' hands, and the application required an urgent upgrade.  With such requirements, they were required to introduce a better user experience. So Jordan Walke created a prototype of the model he had in mind that made the process much more comfortable and efficient, giving birth to React.js.

Why do People Prefer ReactJS?

ReactJS has gained global popularity within a few years due to its simplicity and flexibility. Most people refer to ReactJS to be the future of web development. Today, more than 40% of the front-end developers are using ReactJS and have developed over 94k sites. Below are some features of why you should consider ReactJS:

Various methods are available to check the installed ReactJS version on your operating system. Here we have added some of the most commonly used methods to check React version; what current react version do you have?

Methode 1: You can check React JS version directly by visiting the JSON file. You can find the version of the React app under the dependencies{} section, as shown below. Method 2: Another simple method to check React latest version is by navigating to the node_modules/react/cjs/react.development.js You can check the version under the comment section below the image.

Method 3: You can use the following method to check the React JS version that you are using on your system. You can add the below-mentioned code in your React component, and it will display the result using the web browser.

Replace the following mentioned code with the existing code in the src/App.js

After changing the code, save the content of the file. Now, you can run the below command to display the React version on the web browser.

Method 4: Use the command line to check the latest version of ReactJS. You can run the below command.

Method 5: You can run the following command to check the version of the React native.

Method 6: You can use the below-mentioned command to check the react-native version installed on your local development system command.

How to check what packages are installed in react app?

To check what packages are installed in a React application, you can run a simple command from your app’s root folder to get the details.

ReactJS has gained much popularity quickly and is a widely used javascript library to develop web-based applications. As compared to other frameworks, ReactJS is mostly the preferred library for front-end developers. 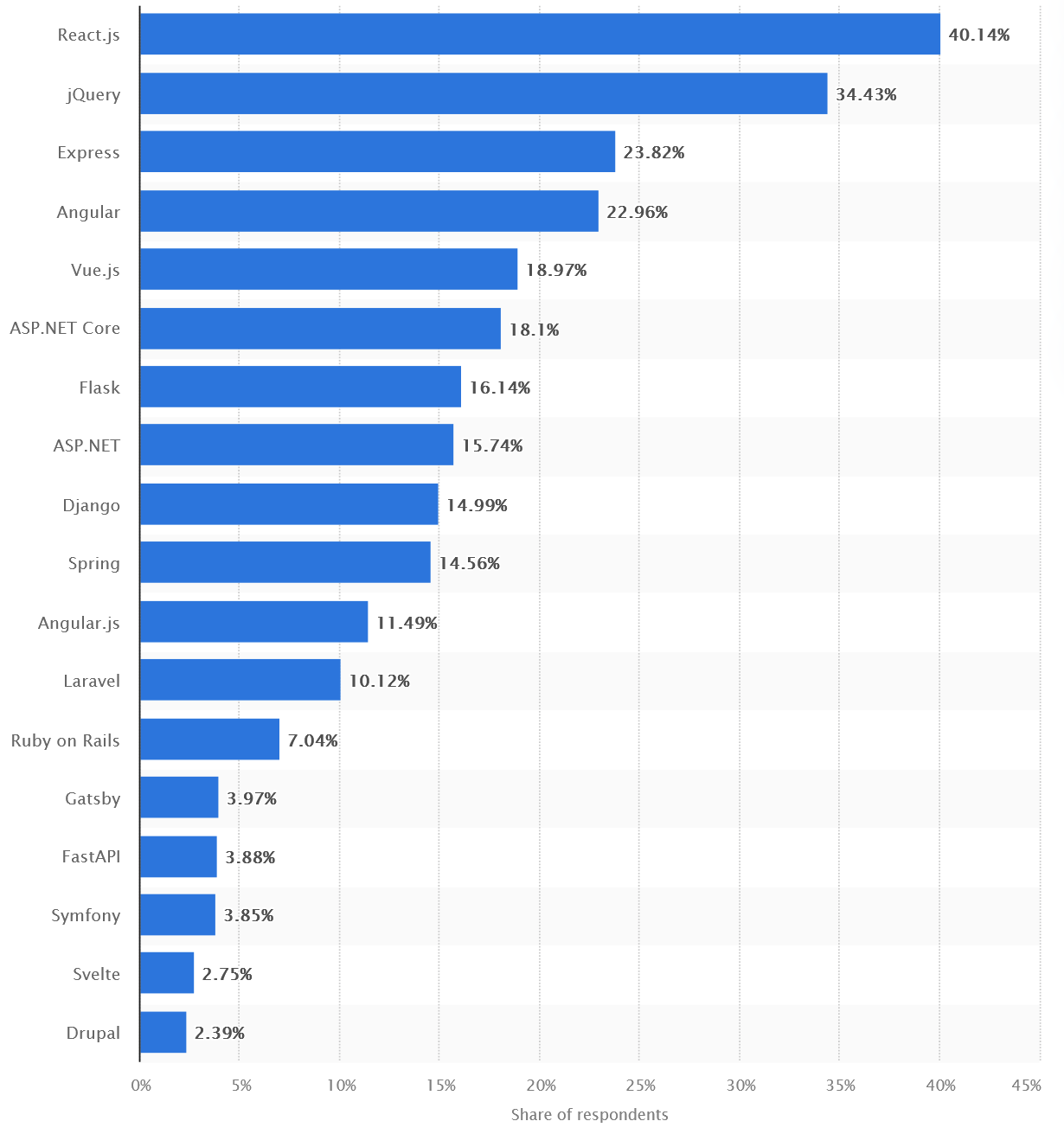 Various versions have been launched so far and provide multiple new features. If you are working on the ReactJS app, you must have the information about which React version you are using currently, so the above listed various methods to help you how to check React version installed on your system. If you think of any other method that can help react programmer check current react version, you can list it via the below listed comment box.