Python is an open-source high-level programming language that allows users to execute commands, plugins on their machine, and even software from several major suppliers. It means you can operate it on many different operating systems, including the Windows VPS Server. Python is a cross-platform programing language.

Pip is one of the best applications for Python package installation and administration. Pip's popularity stems from the many apps that use this tool. Pip enables 3rd Party package installed to manage binary packages with the quickly configured package manager. Since Python's latest releases have piping as normal, this guide will explain how to install PIP and how to update Python version with a complete step-by-step guide.

PIP is a software management framework for installing and managing Python-written program packages. It is called the 'preferred software installer' or 'Pip Installs Packages.' PIP, used for Python, is a command-line interface for handling PyPI program installation. You might need to upgrade PIP if you're using an earlier version of Python on Windows. Download the application file, open the command- line and start the installer to run PIP on Windows quickly. It will teach you how PIP is installed on Windows and how it can be modified, upgraded, and set up.

How to update Python on Windows Operating System?

There are two simple ways to update your current Python version with the latest one. They are as follows:

So let’s see how we can update the Python version with these two methods, one by one.

Method 1: Update the Version of Python on Windows using the Python Installer

This method of updating the Python version will work if Python is installed or not on your System.

If Python is already installed on your system, you can check it using the python -V command.

The easiest way to update the Python version is to download the latest version from the official website (https://www.python.org/downloads/)

After downloading the exe file, double-click on it to install Python.

Now, you can install the latest version of Python. 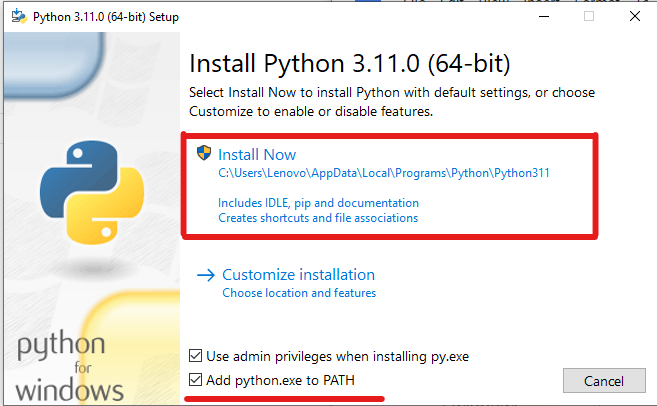 Check the “Add python.ext to PATH”, then click on the “Install Now” button.

This will start the installation process. 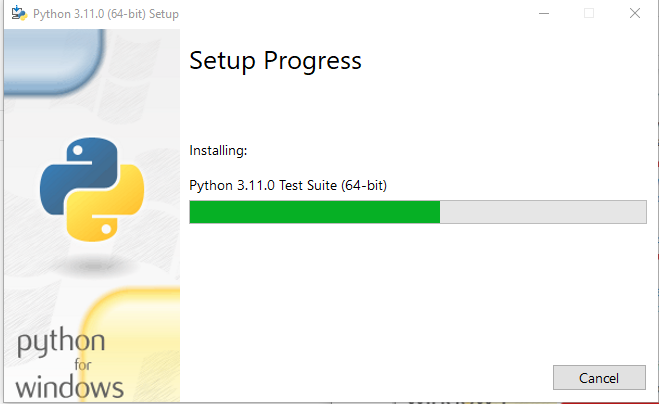 After processing, the latest version of Python will be installed on your system. 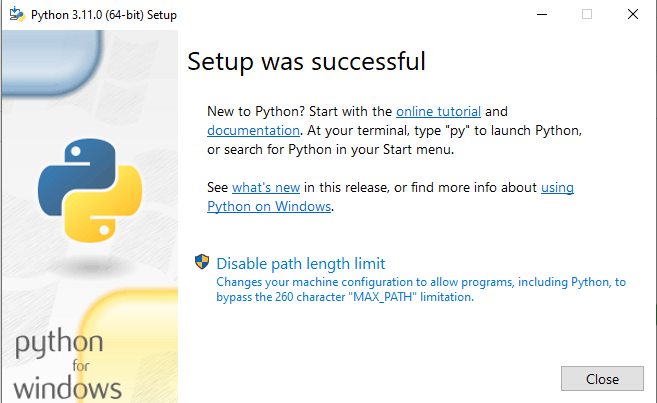 After successful installation, you can verify whether or not the latest version is installed on your system. To check the version, you can again run the same command, python -V, on the prompt command.

Step 1 Open The Powershell as Administrator

To install Chocolatey, you need to open PowerShell as Administrator. 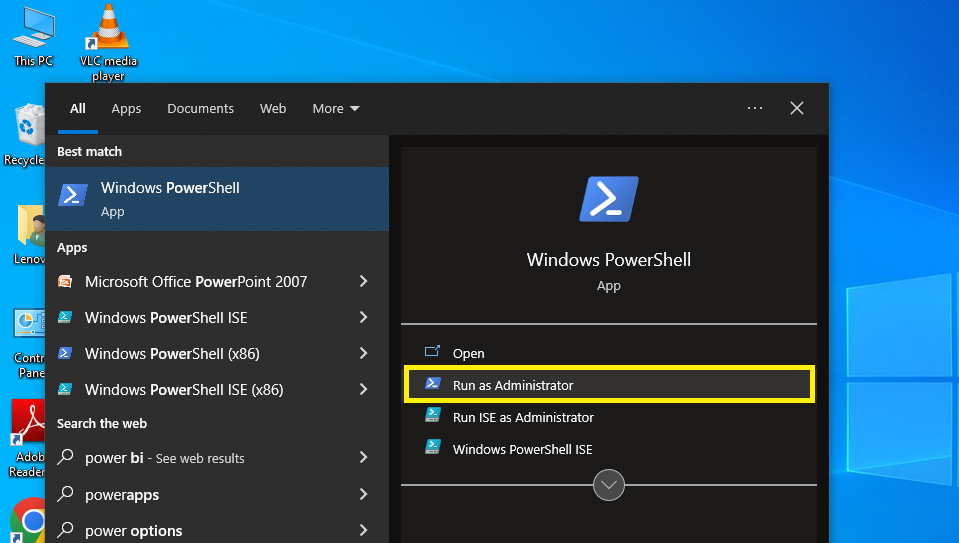 Now, you can install the Chocolatey package manager using the following command. 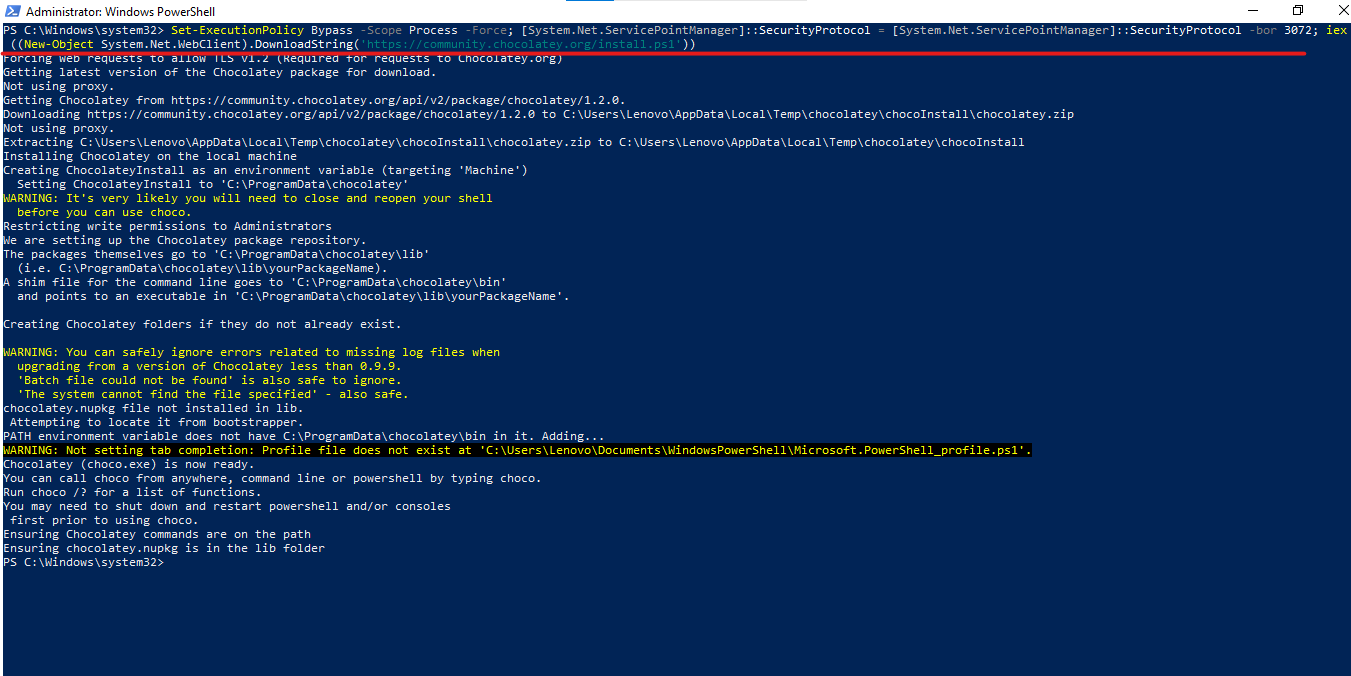 Now, you need to check whether Chocolatey has been installed successfully. To check it, run the “choco” command.

It is installed successfully because it is showing version Chocolatey v1.2.0.

With the help of the choco upgrade command, we can update our current Python version.

You can again check the latest installed Python version using the following command.

How To Upgrade Python on macOS?

You can download the latest version of Python for macOS from the official Python website, similar to what you did on windows OS to update Python version on your system. To check whether it is updated to the lasted version or not, follow the below-listed commands to check the Python version.

If you want to execute this new Python release with the python command instead of python3, install an alias in your $HOME directory's bash profile file.

Open the terminal window and type the following commands:

Then, at the bottom, add this segment.

Python 3.9 version can be checked using the following command.

How to Update Python version on LINUX?

Users can use the below listed Linux commands to upgrade Python version on the Linux server:

ppa:deadsnakes/ppa can be added to the system's Software Sources to upgrade the machine with unsupported packages from this untrusted PPA.

This command is used to update the Python package.

Then, using the commands below, you can search the versions of your new and current Python installations:

We have seen how to update Python version on operating systems like Windows, Mac OS, and Linux. Follow the guide carefully to update your python software. We believe this guide fulfills your requirement though you can install the latest version successfully. Leave your comments below for your feedback and queries.

Python is a programming language with many features and libraries that can be used for various purposes. The latest version of Python is 3.11.0, which was released on Oct. 24, 2022. This version includes bug fixes and improvements to the standard library.