You need to install nano to use its functionality and all the resources it is providing to you. Nano is usually enabled by default in most Linux distributions, but if it isn't, use the following commands to install it: 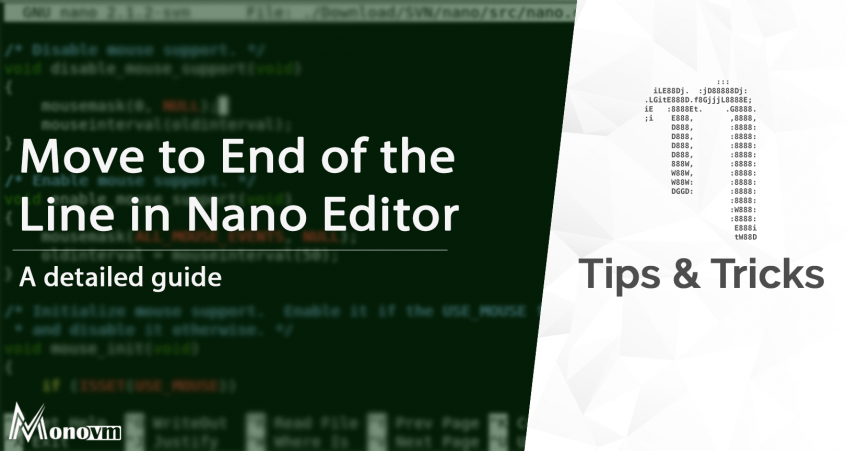 If there is a huge text with many lines, it isn't easy to scroll down the path and go to the line's end. Nano provides a perfect solution for it. The following guide will tell you how to go to the end of the line in nano.

How to Move the End of the Line in Nano

There are two methods by which you can perform the following task:

Using the "Alt and /" Keyboard Shortcut

The very first step is to open a document in the nano editor using the terminal command given below:

The cursor would point to the starting of the document when you open it with the nano editor. Use the "Alt and /" combination, and your cursor will shift to the end of the last line of your document.

Open any file in the nano editor using the given command:

Click "Ctrl and W" after the file has been open in the nano editor. This will evoke the Search option appearing at the end of the document.

After the Search option appears, press "Ctrl and V," and you'll find that your cursor has moved to the end of the last line of your document.