Ubuntu is a Linux-based operating system that is available as open-source. You will get a long list of the ubuntu versions available in the market. There are various stable and suitable versions for carrying out complex tasks. If you are unsure what version you are using on your operating system, you might dig a little bit and find out the latest version, as it is essential to know and run the required commands that are compatible with that version.

Also, find ubuntu version running on your system will help you troubleshoot the potential issues and reach a root cause quickly.

In this article, we will focus on all possible ways you can use to find latest ubuntu version. Before we move to various methods, first, we must complete the prerequisite for performing the methods.

these are the main prerequisites that you should have to get ubuntu version.

Now, we will move towards the two simple methods that will help you to find Ubuntu version that has been installed and running on your system. The first one is to check using a terminal, and the second method is to use Ubuntu’s default graphical interface.

Method 1: How to Check Ubuntu Version in Terminal

First, go to the start menu and search for the command prompt. Once you click on the cmd, you will get a black screen in front of you to run the following ubuntu version command.

For this, you can run the following command.

As per the above output, you will get ubnutu version details that are about the current version.

Ubuntu has a /etc/lsb-release file stored on the system that will contain the essential details regarding the system. To get the information of this file, you can run the cat command to get the file’s contents, as shown below.

If you want to get in-depth information regarding the release of the Ubuntu operating system, you can go through the file /etc/*release. For getting the contents of this file, you can run the cat command on this file as shown below. 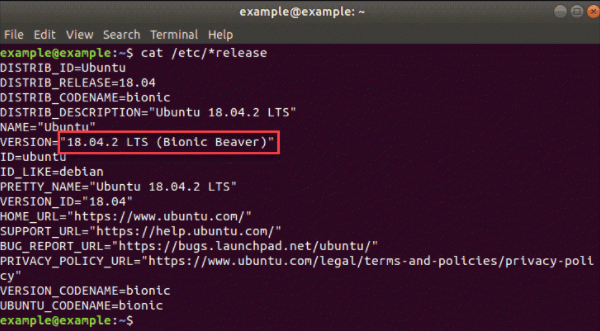 with the above command, you have find ubuntu version.

Apart from the cat command, another command will solve your purpose. The command is “hostnamectl”, which will provide you with detailed information regarding the version of Ubuntu installed on the system.

If you are not aware of the terminal command for ubuntu, then there is another option for you to get the latest version installed on your Ubuntu OS. You can use the graphical interface of Ubuntu for that. Below we have mentioned a step-by-step procedure for determining the version of installed Ubuntu.

Step 1: First, go for the Activities option available in the top left corner.

Step 2: Then in the search bar, type Settings and click on the popped-up icon as shown below.

Step 3: Then you will enter the System Settings window, where you can click on the Details tab. 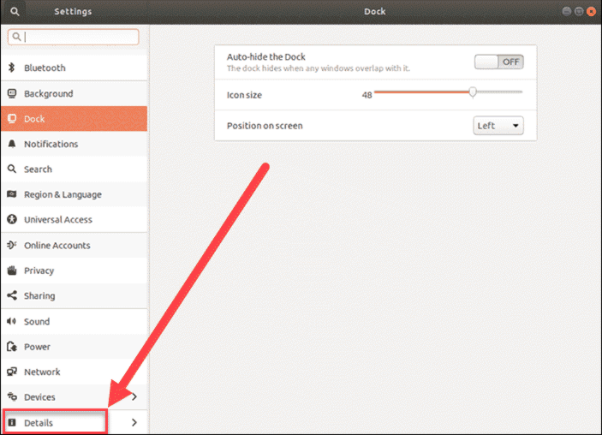 Step 4: The Details section will display the version of Ubuntu installed on your system, along with additional information. 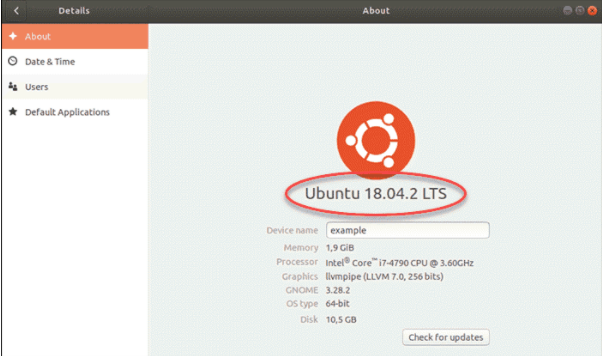 Step 5: As per the image, the system has the Ubuntu 18.04.2 LTS (codenamed Bionic Beaver) version, where LTS stands for Long-Term Support, meaning it’s a major version with consistent support for up to 10 years.

Here is the Ubuntu version list you should know and learn what is the latest ubuntu version that people are using.

If you are a technical person, you must know your system details well. This will allow you the flexibility to carry out actions that are compatible with the installed version of the OS. In this article, we have explained various methods to get ubuntu version via terminal commands and GUI.

Now we hope that you have learned successfully about how to find ubuntu version on an OS. Both methods are different from each other. The first method will allow you to execute command-line commands to get the relevant details, and the second method will let you go through the graphical interface of Ubuntu.