Do you know how to kill a process in Linux OS? This article will guide you to with Linux Kill process command with examples. Despite being the most versatile operating system, Linux occasionally experiences application failures that disrupt system operation. These applications become unresponsive to any action. As a result, killing or terminating that running application or process is required to restore the application's proper operation. To resolve this issue, use the kill command in Linux to terminate that process, or you will be aware of the Linux Kill Process.

This article will focus on the kill command and the various options that can be used along with it.

The kill command is built-in and available with various shells. The syntax of the command may vary among different shells. To check the kill command’s location on your shell, you can hit the "type" command, as shown below.

Kill Command in Linux with examples

To get the list of all the available signals, you can hit the kill command along with the “-l” option, as shown below. 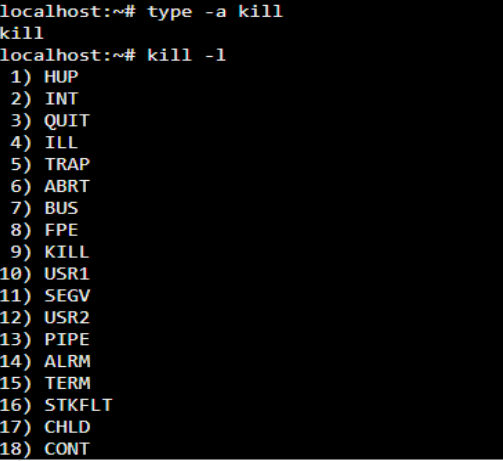 The following commands can be interchangeably used with one another, as they all perform the same action.

If you are a regular user other than root, you are authorized to send the signal only to their own processes, not even to the processes of another user.

To terminate a process, you can simply use the kill command. But, you need to specify the process ID number (PID) to identify the specific process among all, as each process has a different PID. Follow the commands below listed to accomplish your job. 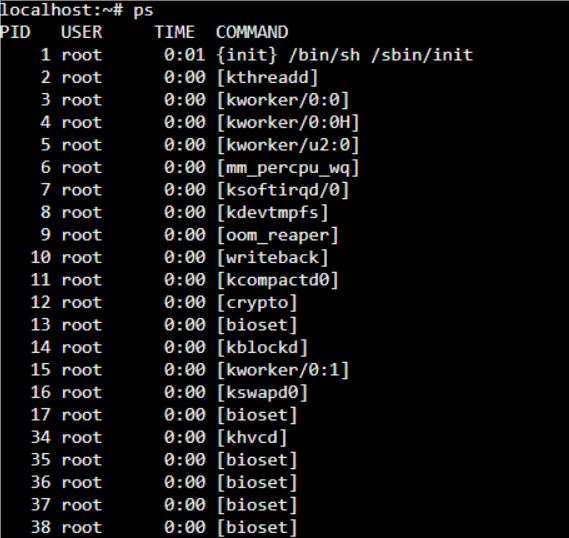 Now, you have the PID of the “settime” process as “55” that you can specify with the kill command to kill the specific process, as shown below.

This command will kill the “settime” process.

How to Reload a Process Using the kill Command in Linux

You can also use the kill command to send the required HUP signal, which will help reload the processes' settings.

Another way of using the kill command is to send the HUP signal, which tells the process to reload its settings. In the below example, we have reloaded the process with process id-38 (bioset), as shown below.

Make sure to run the above command with the Sudo privileges.

Whenever a process or application starts malfunctioning or becomes unresponsive to your actions, then you have the leverage to terminate that process manually or forcefully. Linux offers a simple command kill to do that. We have explained how this command works and various options to kill the process in the Linux operating system.