While Minecraft could be played without any commands, where is the fun in that? Today we will explain everything there is to know about the Minecraft command line and how to use it. Additionally, we added the most commonly used ones. 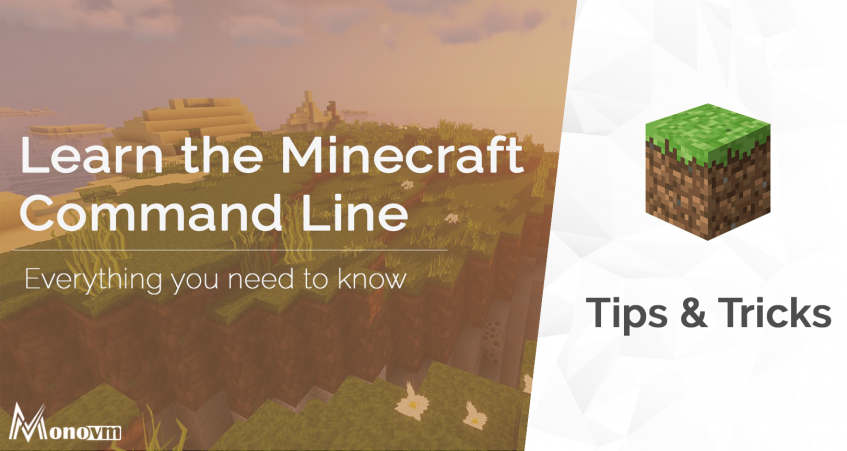 Are you looking to get an edge over your opponent in the Minecraft game? Minecraft command lines are the best way to skip a hell of a lot of work. It gives access to use cheat codes in Minecraft. The uses of cheats make your gameplay a little bit easier and if you want to level up your game and increase your survival time in the game, then these command lines are going to be an instrumental tool for you.

There are plenty of command lines available in Minecraft but they are restricted to PC users only and are unavailable for PlayStation, Xbox, Switch, or mobile users. The commands are very much helpful, whether you want to spawn a land or item, increase your game level, switch the time of the day, alter the weather, shift your location, or change the mode of the game. This article will cover all the valuable Minecraft commands, their uses, and how to use them.

Often termed as the “sand-box game”, Minecraft has quickly emerged in the world since its introduction in 2009. The game, which Microsoft acquired, was created by a famous Swedish video game development studio named Mojang. This game is very popular among children as it emphasizes creativity, organization skills, and exploring capability. It not only helps children to find a solution for a specific problem but also helps them to improve their communication skills and their ability to perform as a unit.

The game mainly has two modes: Survival and Creative you can also join the spectator and adventure mode. It features a limitless world that comprises more than 400 unique items, giving the players enough opportunity to explore and discover. The blocky appearance and deceptive adventures make this an ideal game for any sort of gamer. Minecraft is making the rise in educational centers as well.

For example, Minecraft was used at Stackpole VC School to make a premise scale model of their school premise. Teachers from various institutes have also used Minecraft to demonstrate to children about Mathematics, Information and Communication Technologies, and Programming languages. Children who are suffering from autism and Attention deficit hyperactivity disorder (ADHD) can also be benefitted from the Minecraft server.

What is a Command-Line?

The command line or windows command line is a text-based user interface used for inspecting, managing, and operating files that are present in a computer system. A user gets connected with a computer program or operating system through the command-line interface. The command line is a blank line that is directed on a computer system by entering commands with a keyboard instead of using a mouse for navigation purposes. Press the Enter key when you are finished entering your command and then your command will be executed.

After receiving the command, the computer system sends a reply to the command, and only then the user can move on to the next command. The same process is followed to execute a series of command lines that are given by the user. The users are provided with both Graphical User Interface and Command Line Interface by the operating systems. The major operating systems, like, Windows, Ubuntu, Mac, UNIX, Linux, etc., purposely support the command line that is given by the programmers to perform file management tasks.

A Command Line Interface can do all the tasks that a Graphical User Interface can do. There are specific situations when a Command Line Interface takes less time to finish than a Graphical User Interface. It is also much easier to operate and more important a CLI can perform remotely. The different valuable commands are the heart-beat of any command-line interface; their uses are many and should never be neglected. The prompt, super-fast response makes CLI an ideal tool for programmers and administrators.

For example, a user who is working on Windows Operating System wants to rename all the files that are present in a folder, this looks like a time taking tedious task. However, the user can perform this whole task within a minute by entering a single command in the command-line interface.

What do you mean by command blocks in Minecraft?

Command Blocks are special, in-game elements that are used for executing certain commands in multiplayer as well as custom servers. With its world-bending effects, command blocks are also available on Minecraft but because of this feature command blocks are not useful in Survival mode. These blocks are customizable and can regulate various activities on Minecraft. Once you acquire a command block, you can then use as many commands as you want in the Minecraft server.

Command Blocks with their series of commands help the players to do complex things. It allows you to use cheats in Minecraft and it also ensures enhanced experience points for the user. Make sure to activate the command block before using it every time. The users (players) need to get a command block and then activate it before using it in the game.

How to Acquire a Command Block in Minecraft

Follow the steps shown below to acquire a command block in Minecraft Bedrock Edition:

Note: To find the location of the command block in the Minecraft server, Go to the inventory and press “E”. You can also turn off the cheats and Creative Mode, once you’ve placed the block.

Follow the steps mentioned below to acquire a command block in Minecraft Java Edition:

/give [your username] minecraft: command_block

Note: Once you’ve placed the command block, you can again switch the game mode back to “Survival” by typing /gamemode s.

How to Activate a Command Block in Minecraft

- The “Impulse” option means that the command will run only once and then stop.

- The “Current” or “Repeat” option means that the command will repeat constantly till the command is powered.

- The “Chain” option is more suitable for players who like complex systems as it allows the block to run only when the connected Command Block is also running.

After the user sets up the command, it then moves to the “Command Input” section. The user can use these commands to kill their enemies in the game.

How to use Minecraft Command Lines?

Most people know the name of the commands but don’t know how to use them. Let’s see how to use them. To use Minecraft Command, firstly, we need to open the Minecraft game and press the forward slash key (/) to open up the chat window. To activate the command, enter the Minecraft command and then hit the Enter key. Use the up and down arrow keys to see the commands that you’ve entered previously. The player must enable the cheats while creating the game world and if somehow they fail to do so then they have to load the game in LAN and select the “Allow Cheats” option. Next, we’ll talk about the most commonly used Minecraft Command Lines.

Note: The commands that we use in Minecraft are case-sensitive. [Capital Letters are not allowed]

What are the arguments?

Several Minecraft commands use an argument. An argument can be a single statement or a sequence of statements that succeed a command. For example, the command:

Here “gamemode” is the command and “Survival” is the argument. The argument is commanding your game to run in Survival mode.

The argument that we use in Minecraft Commands is sometimes also referred to as targets. These special types of targets indicate on whom the command will be targeted. Here are some commonly used target arguments:

@p (it targets the player who is nearest to you)

@r (it targets any random player in the game)

@a (it targets every single player in the world)

For example, the command:

This command will switch the game mode for every player on the same server to Survival Mode.

Now let’s get started with the most useful and commonly used commands in Minecraft.

Uses: In case you get lost in the game world, you can use this command to find your friends in the game.

Uses: It displays all the Minecraft commands and shows a detailed information list about those commands.

3. Give objects and items

Uses: Use this command to give or lend items from the inventory to any other player.

Syntax: /summon [creature or object name]
Uses: It helps to deliver any in-game object or creature to your desired location.

Uses: Using this command you can destroy any character, including your character, on the current game server.

Uses: Using this command you can switch the game modes and can join the Creative Mode

Uses: If you want to change your game mode to Survival and face more challenges, then use this command.

Uses: Use this command to manage the weather condition of your game world. In Minecraft, you will find two weather features: one is the superficial feature and the other is a critical game component.

Uses: Use this command if you want to privately communicate with any player on the server.

Uses: This command helps you to find the stronghold that is nearest to you.

Uses: Counts all the entities and objects that are present in your world.

Uses: This command provides several options that allow you to take care of things in the Minecraft game.

Uses: This command helps you enchant the name of a player.

Uses: Use this command to add, set, remove, or check the XP of any player on the server.

Other than these, several other commands are used in Minecraft. But, these 16 Minecraft Command Lines are widely used by the players.

The command lines that we use in Minecraft provide a layer of shortcuts for us. It helps us to manage our game world in a better way and it also enhances our gaming XP. Minecraft provides a handful of commands for the players so that they can perform well in the game and each of the commands has its impact to make the elements in the game easier.

Your PHP installation appears to be missing the My...
Solved: WordPress error establishing a database co...
How to use REST WordPress API
Different WordPress Alternatives