The Most Important Git Commands

Git is used as a version control system that helps in tracking any changes within the code. Most web and application developers use it for efficient coding processes. Every change corresponds to a version number to which you can revert without impacting the delivery process. It is suitable when many team members work together on the same project and the same code without interfering with each other’s work. It improves team collaboration and provides them with better visibility of code changes at every stage of the application development. 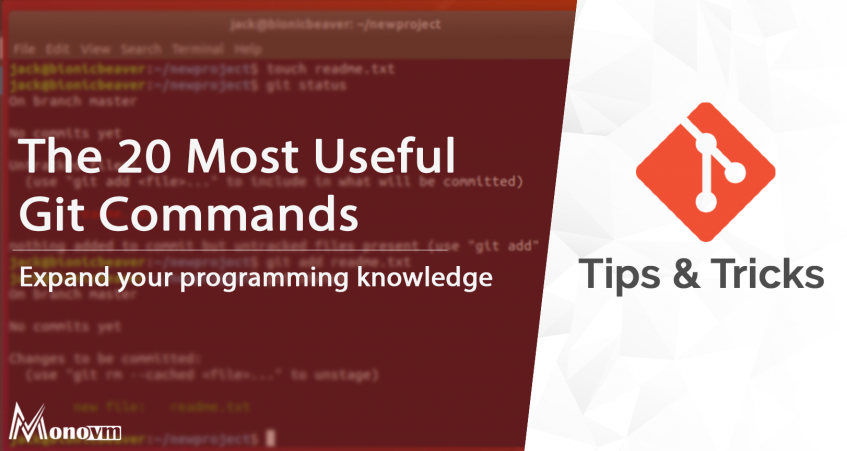 20 Git Commands You Need to Knpow

You can run the Git software on your local machine to track files and their history. Git allows you to store files on its online hosts, providing you a centralized place to store files for easy file access. With Git, developers can make parallel changes that can be merged later without any issues.

With this command’s help, you can set the author’s name, email address, create an alias, set a default text editor, and open a global config file. You can use the following syntax.

You can run the following command to create a local repository with a default branch.

To complete the process, you need to push the main branch on GitHub remote repository:

Git branches are essential for developers, allowing them to work in parallel on the same project. With the Git branch command’s help, you will create, list, and delete branches. Having branches protects the code from interfering with other codes.

The following command will create the branch locally.

Once you create the branch, push it to the remote repository using the command:

With the following command, you can view branch details.

To delete the branch, you can run the command:

Before you start working on any branch, switch to that branch. You can use the checkout command to create a local branch if it does not exist in the repository. -b option is used for a branch that allows you to check out from the current branch and moves to the newly created branch.

Before switching from one branch to another, make sure:

After creating the branch, you need to push it to GitHub's remote repository.

To get all possible details about the Git branch, you can use the status command.

If you want to add every change at once, you can run the command:

The add command will not change the repository, and any change will not get saved until you use the commit command.

If we are developing code in any project, we need to make the changes permanent and use the commit command. This command will allow you to set a checkpoint to roll back to later if required. This command enables the save the code changes locally.

You can also mention some commit messages to explain the code changes.

If you have created a new branch, it also needs to be pushed to the remote repository using the following command.

This command will get you the latest updates from the remote repository. Once you get the updates, they will be implemented locally. You can run this command:

You can use this command if you want to revert any changes done locally or remotely. But make sure that you do not end up deleting something important. You can check the commit history using git log --online to check the hash code.

Then we can undo the commit specified by the particular hash code. After running the above command, you will get the following screen, and to exit the screen, you can press shift+q. 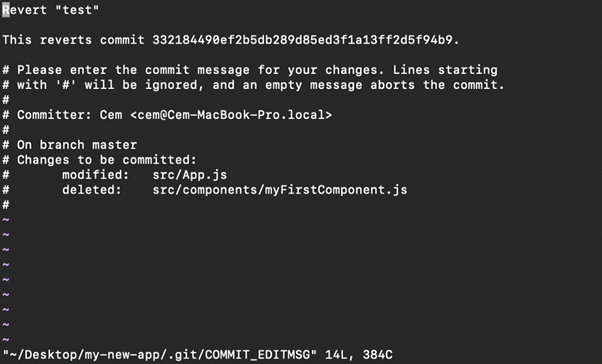 The mentioned commit with the hash code will be undone, but it will create a new commit without deleting the old one.

With this command, your commit history will remain unaffected along with the new revert commits.

This command may not be of much use, but you can use it if there is an error in the name. You can run the following command to rename the local git branch situated in the local repository.

After you rename the branch name locally, you need to update the branch name of the corresponding branch on the remote repository using the below command. This command will allow you to delete the old branch and create a new one with the same code base.

This command will help you create a clone of an existing project on your local system to understand the code better. You can then add new features and functionalities to the code and push the code back using the merge command.

You can use this command to create a clone:

Git maintains the log to track all the commits done in the past. You can see all the details by running the command: 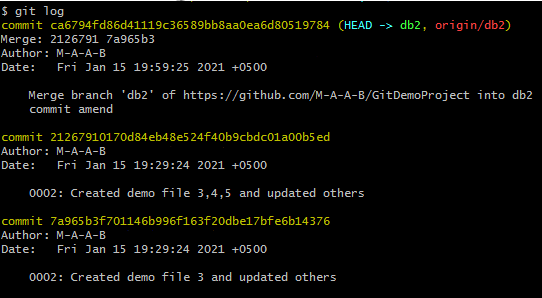 In case of a mistake occurring, you can reset the changes by using the reset command. You can revert all the changes within a second to the last working commit. 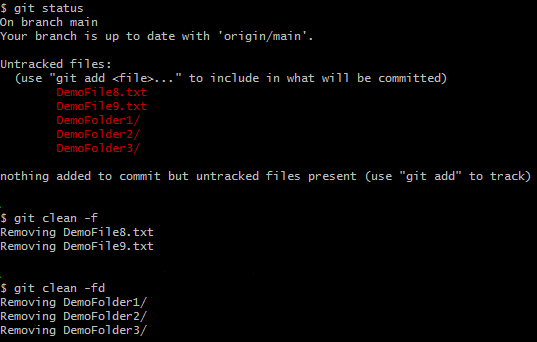 You can always delete any unwanted branch from your local repository. You can use the following command to delete the branch.

If you want to resolve the checkout error, you can use the stash command. It will temporarily save the current branch’s work if you do not want to commit the changes yet. You can use the following command.

If you want to recover the stashed changes, we can navigate the place where we stashed the changes and then run this command to pop them.

You can check the difference between the working directory and the index using the following command.

After reading this article, you will be able to run basic Git commands on your own. With Git commands, you can easily track down the code changes. Working with Git is easy and comfortable; you do not have to worry about learning complicated concepts. We have mentioned various commands that developers frequently use. If you want to learn more and get into in-depth concepts, you can explore more anytime.