History of the Internet 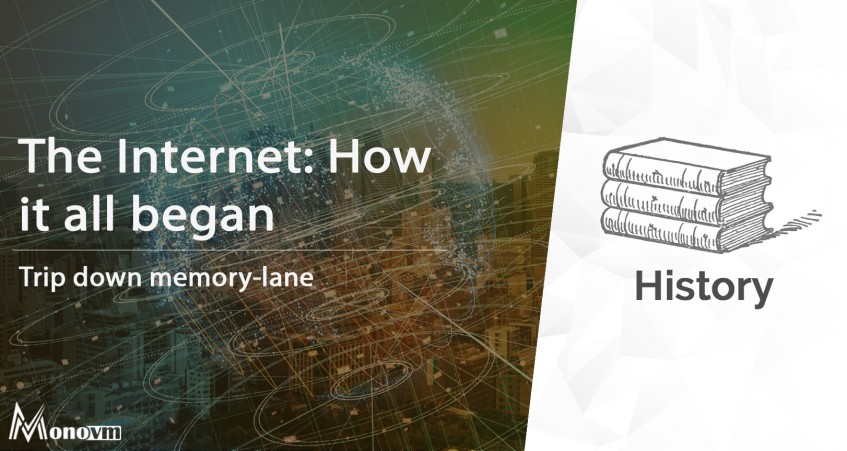 The internet is something that everyone uses and being connected is a must for a lot of people all around the globe. Most of our daily lives are intertwined with the internet ranging from communication between each other to making transactions to searching for information. We all use it but not a lot of us know how it all began, or who invented this network of networks? Well, this article will provide the beginning of the internet, and some key moments in history which made it all possible today.

To start off, it’s impossible to credit one person for the invention of the internet. It was the work of a group of pioneering scientists, programmers and engineers who invented new features/technologies that were merged which made possible for the birth of the network of networks AKA the internet. Before the internet came into play Nikola Tesla toyed with the idea of a “world wireless system” in the early 1900s but the first practical schematic came into play during the 1960’s.

This was the first real network which used packet switching technology to allow multiple computers to communicate on a single network. Two computers were connected from Stanford to UCLA which were the first hosts of the internet (the size was equal to a small house now-a-days).  The first message was “LOGIN” sent between the two hosts but the connection crashed after sending “L” and “O”.

The email was developed by Ray Tomlinson in 1971 who used the ‘@’ symbol to separate the username from the computer name (which later became the domain name).

A proposal was published to connect ARPA networks together into an “inter-network” which will have no central control which eventually will become the TCP/IP.

Email was becoming much popular and in 1975 the first email program was developed by John Vittal which had a ‘Reply’ and ‘Forward’ functionality.

This was the first time where an ‘unsolicited commercial email message’ (AKA Spam) was sent to 600 Arpanet users in California by Gary Thuerk.

The ancestor of World of Warcraft was first developed in 1979 and was called MUD (MultiUser Dungeon). MUD’s were entirely text based virtual worlds which had the combination of role-playing games, interactive, fiction, and online chat.

This was the deadline of the Arpanet as computers started switching to using the TCP/IP Protocols. In this year the name server was also developed.

One of the major internet works was introduced to the world called “The Morris Worm” which was written by Robert Tappan Morris which caused major interruptions across the internet.

Introduced to the world by Tim Berners-Lee which is what we use even today. This is confused with the internet itself but it’s just the most common way of accessing data online by using websites and hyperlinks.

In 1991 the first webcam was introduced at Cambridge university computer lab which was used to monitor a coffee maker so that the lab users won’t make trips to an empty coffee pot.

The first webpage was also introduced with the sole intention of explaining what the World Wide Web is.

MP3 becomes a standard to share songs and entire albums via the internet.

1995 COMMERCIALIZATION OF THE INTERNET

This year is when the internet became commercialized due to the development of the SSL (Secure Socket Layer) encryption by Netscape which made online financial transactions much safer.

This was also the year when ‘Echo Bay’ which became eBay later on and ‘Amazon’ also started.

This was the beginning of Google which revolutionized the way people find information.

Skype came live in 2003 which gave a user friendly interface for Voice over IP calling.

Facebook went live in 2004 but was only available for college students and initially was called ‘the Facebook”.

The internet is ever growing. As you all experience now, everything is becoming more online and our whole lives are getting integrated with this technology. The web popularized the internet among the public and paved the way for many businesses, new developments and even many advancements in all sectors. The internet has everything, it’s up to us the users, to know how to utilize it in the best way possible.