How much RAM do you need for a Minecraft server

Minecraft is an incredible, fun, and engaging game that millions of people play worldwide and everyone from kids and adults plays this game regularly. Minecraft also has online servers so that friends can get together and play Minecraft with each other. 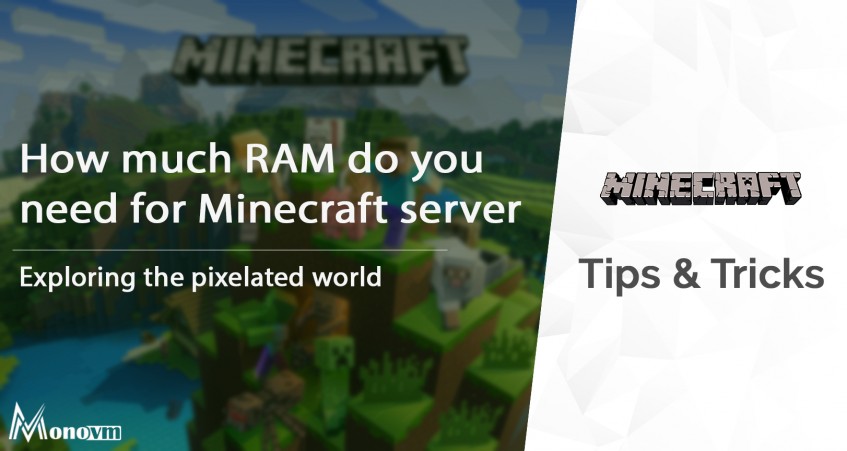 Minecraft is an incredible, fun, and engaging game that millions of people play worldwide and everyone from kids and adults plays this game regularly. Minecraft also has online servers so that friends can get together and play Minecraft with each other.

Gamers can also play with strangers on the online servers and make new friends.  There are already thousands of fantastic Minecraft servers that can be easily accessed if you have the Minecraft game. However, you can also create your own Minecraft server to play with your friends without any disturbance.

In case you wish to have a big server then, you can host and create a massive world of your own where you can invite many people to play and host the next 2B2T.  Before committing to making a Minecraft server, you understand what reasons you have for doing so and what specifications you need to meet to make one and safely (and reliably) host players. 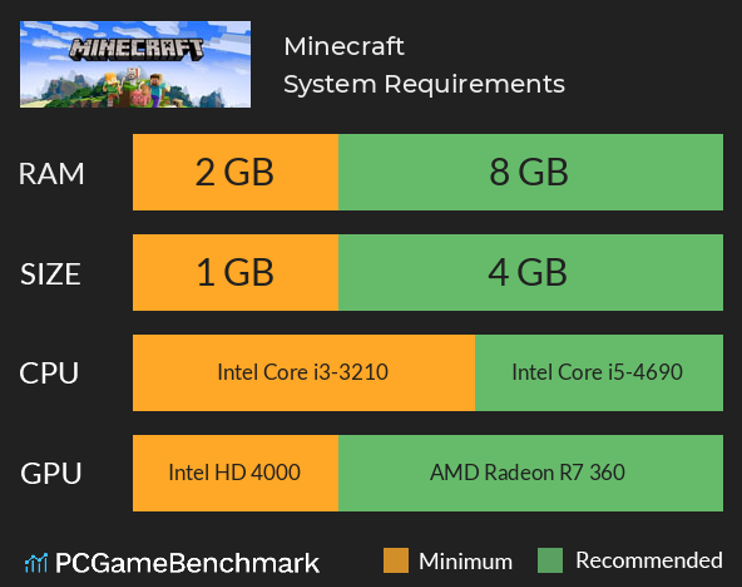 Servers, depending on the number of players active at any given time, can take a lot of computing power, and they can demand a lot of memory from the host device.   In this blog post, we'll give you the ultimate guide to find out how much ram do you need for a Minecraft server and the Minecraft server requirement to run your virtual world.  Before discussing Minecraft PC requirements, let's have brief details on RAM and Minecraft server.

What is a Minecraft server?

In tech, a server is typically a large, powerful computer that takes up a cupboard or often an entire room and connects to a network, allowing many people to communicate with it and pass requests through it. There is no doubt that we all depend on servers for the internet, online gaming, and many more. You’re connecting to a server every day. You can easily create your Minecraft server by following simple steps. 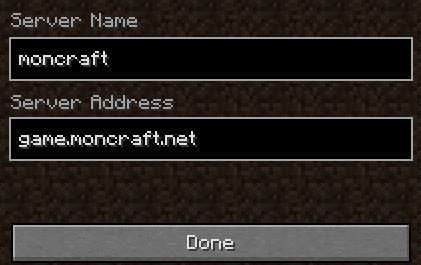 On Minecraft, servers are a brilliant and outstanding way to connect with other players and to host a Minecraft world that can be accessed by multiple people at once from various devices. There are thousands of notable Minecraft servers and hundreds of trendy ones, so if you’re looking to play a few fun minigames without the hassle of setting up your server or building the games yourself in an MC world, then forget about creating a server and browse for an already existing one.

Best server hosting platforms like MonoVM offer outstanding Minecraft server services and the freedom to change different things on the server easily.  However, if you want to be the ruler of your server, create your world and allow people to play on it - whether that be your friends, family, or just random people looking to have fun on a Minecraft world - then a server might be a good idea for you. Apart from it, Minecraft servers have different pricing criteria, so make sure to do a brainstorm about how much a Minecraft server will cost?

Although many of the largest and highest demanding servers run well, so you can run actual servers (i.e., entire cabinets filled with computers), but most small servers can be hosted on a single device as Minecraft server requirements are not that high. If you have a spare laptop you can dedicate to running a server, that's fantastic, and it'll do just fine if it has good processing power and memory.

Setting up and running your own Minecraft server can typically be quite expensive and time-consuming. That’s why so many Minecraft players opt for Microsoft’s Realm feature, which allows players to create a multiplayer world with up to ten wireless players on devices anywhere in the world, and play together. Realms are cost-effective, ridiculously easy, simple, and straightforward to set up, and won’t be painful.

However, if you want more than ten players or want to modify the world, edit its settings and generally customize it to your liking, only a server will cater to that desire and provide the compatible functionality needed to do just that.

If you’re looking for a sense of community and want to create a big world where many players can create societies and clans, fight against each other, build, explore and do so much more, a server is perfect for that too. Servers can accommodate a vast number of players if you have a fast-enough computer, enough processing power, and a lot of memory to hold the player’s data.

Servers also allow you to modify or “mod” them. It means you can add special effects to the game and add in a variety of extra features not included by the game devs. For example, some mods add shaders to the game that make it much more beautiful and appealing to play. In contrast, others add new kinds of “mobs” into the game, and others add new storylines and game modes into the game.

So, if you’re looking for a world where many people can play together, and you can modify it with new features, then you’ll need a server. Doing this on a Minecraft Realm doesn’t work because they don’t make it possible for you to change the world settings or add modifications. 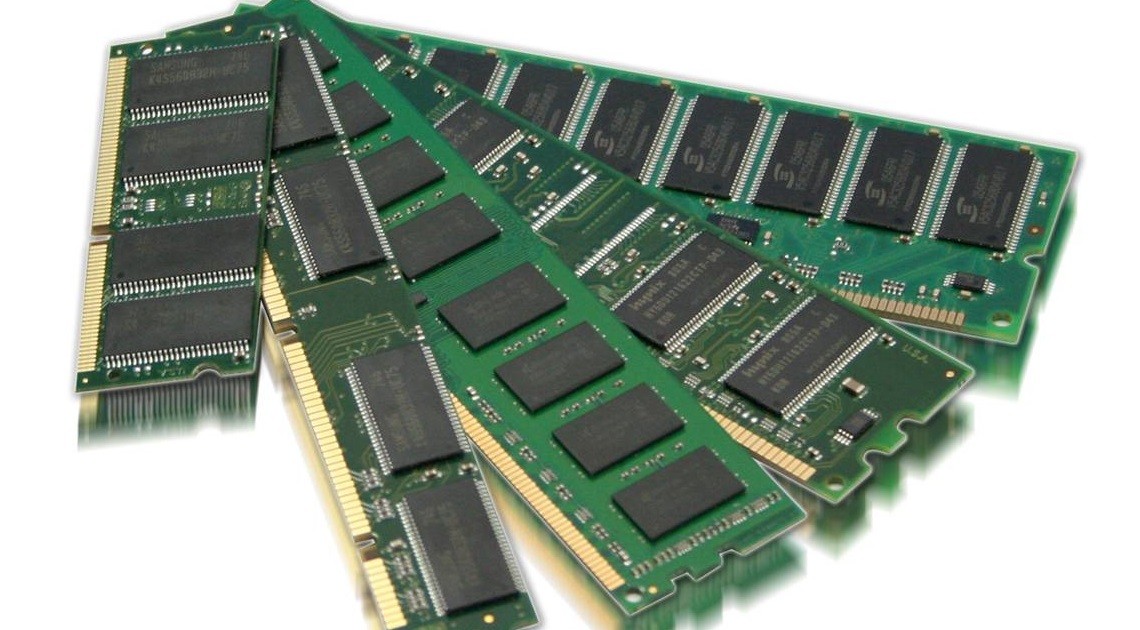 Random Access Memory or RAM is beneficial for a system's components because it maintains performance. What does RAM do? In terms of technicality, RAM is used to increase the speed of transferring information to different system components. RAM offers a way to store or access extensive data quickly as it saves the data of active applications in the system. It was the basic introduction of RAM, so you will need good RAM to maintain your server's performance and other applications running in your system.

Importance of RAM in Minecraft Server

First, we want to clear out what does RAM do and how much memory do I need? So, RAM in a device offers a space to the system to read and write specific information required to be accessed through your CPU. RAM is an important part of your computer/laptop designed for performing all of the computing tasks.  Using a Minecraft server without any errors, you need to follow all of the recommended Minecraft PC requirements, such as 8GB RAM with Intel Core i5-4690 and newer versions.

Why is More RAM better?

RAM has multiple benefits, such as improving FPS, making games smooth, running additional software, and so on. So, it is evident that more RAM can make a big difference in gaming and make the Minecraft server smoother.  More RAM does two important things on Minecraft, and they are:

In case you are thinking about how much RAM you need, follow these six criteria to choose the right RAM for a Minecraft server.

How Much RAM is Right for a Minecraft Server?

Many people have the same question when setting up a Minecraft server, how much RAM do I need? You can run most small Minecraft servers on an average modern computer with enough processing power and memory. As we mentioned before, if you have a spare computer or laptop that you can run the world on, then that'll do. However, the amount of Random Access Memory (RAM) you'll know can change a considerable amount because it depends on how demanding your world is and how much memory your server will be utilizing for the players. 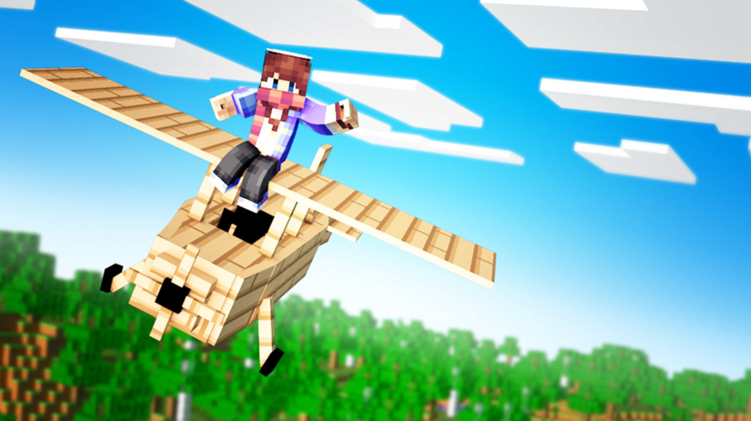 For example, if you have done a lot of modifications and extra features, then it can increase the amount of RAM you'll need to efficiently run the server without having any lag or unexpected crashes. Generally, the more players you have, the more RAM you'll need to run a server effectively, so it is essential to have Minecraft server requirements. Based on the server playerbase, how much RAM do you need? It is good to have a typical vanilla world with players who actively participate in the game and use an average amount of memory, a gigabyte of RAM for every 20 users, is reasonable.

RAM's size allows for the game to be played with minimal lag and without the game crashing out of nowhere. It also means that any sudden increases in demand for memory usage can be dealt with because there'll be a RAM margin to spare.

As newly developed versions of the game become increasingly complex, you're going to need a lot more RAM. For example, any versions newer than about release 1.6 are going to need a lot more than a gigabyte for every twenty players; in fact, you should look into setting aside two or three gigabytes of RAM for every twenty players, especially if you want to play the world with the latest features or on the 1.8 version or higher.

When you're running your server, it is of the utmost priority to keep your eye on how much computing power (CPU) and Random-Access Memory the server is using. This is because if it is consistently using a hundred percent of your RAM, you absolutely must update to a newer device, allow more significant CPU and RAM usage, or upgrade your device with extra RAM fittings. We can't stress enough how important it is to use a powerful device for your server and ensure you have a backup amount of RAM so that the server is never overloaded.

Sometimes crashes can happen that accidentally won't save people's work, and that's terrible. If you're running out of memory or computing power, the server may also kick players off randomly to make space or downright stop working, which can significantly damage your playing experience.

So, if you're planning to set up and run a Minecraft server, use a suitable device with enough RAM and make sure to have Minecraft minimum Specification. Otherwise, set up a Minecraft Realm instead. You're likely to save quite a bit of money and time and won't damage your device, forcing it to perform tasks that are beyond its capability.

Okay, we hope this article helped you understand a few of the significant reasons why it's so important to reserve a decent amount of RAM for your Minecraft server. As well as telling you what a Minecraft server is and how it works, we have given you a few solid reasons for setting one up and some arguments for why you shouldn't, especially if a Minecraft Realm would be sufficient for you.

We also discussed how much Random-Access Memory, or RAM, you'll need to run a Minecraft server effectively based on the Minecraft minimum specifications, and what to do if you don't think you have enough to host your desired number of players and game modifications. Let us know your thoughts in the comments below, and don't forget to share this with your friends.