It seems like just not that long ago, 2 years to be exact, Apple reached a then seemingly impossible milestone, hitting the $1 trillion market cap. Thus, it became the most valuable tech company in the world. Since then, Apple has become worth twice as much, all in the span of two years.

Although Apple was not the first company in the world to reach the $2 trillion benchmark, it is the first tech company to do so, along with being the first US company to value at $2 trillion. Despite the fact that this milestone is mostly just symbolic, it makes the progress Apple has made from being nearly bankrupt back in 1997 to what it is today, that much  more impressive.

Sitting at a comfortable $2 trillion, Apple is valued higher than the entire economies of all but 8 countries on Earth.

How did Apple reach $2 trillion?

On August 19, 2020, Apple’s shares crossed the $467.77 mark, which when multiplied by the nearly 4.3 million shares outstanding, pushed the company’s value over the $2 trillion dollar mark. The iPhone-maker's shares have leapt more than 50% this year, despite the coronavirus crisis forcing it to shut retail stores and political pressure over its links China.

The company posted a historically strong third quarter in late July, including $59.7 billion in revenue and double-digit growth in its products and services. Apple saw widespread retail closures during the quarter, especially in the United States but said work-from-home trends and strong online sales boosted overall operations. 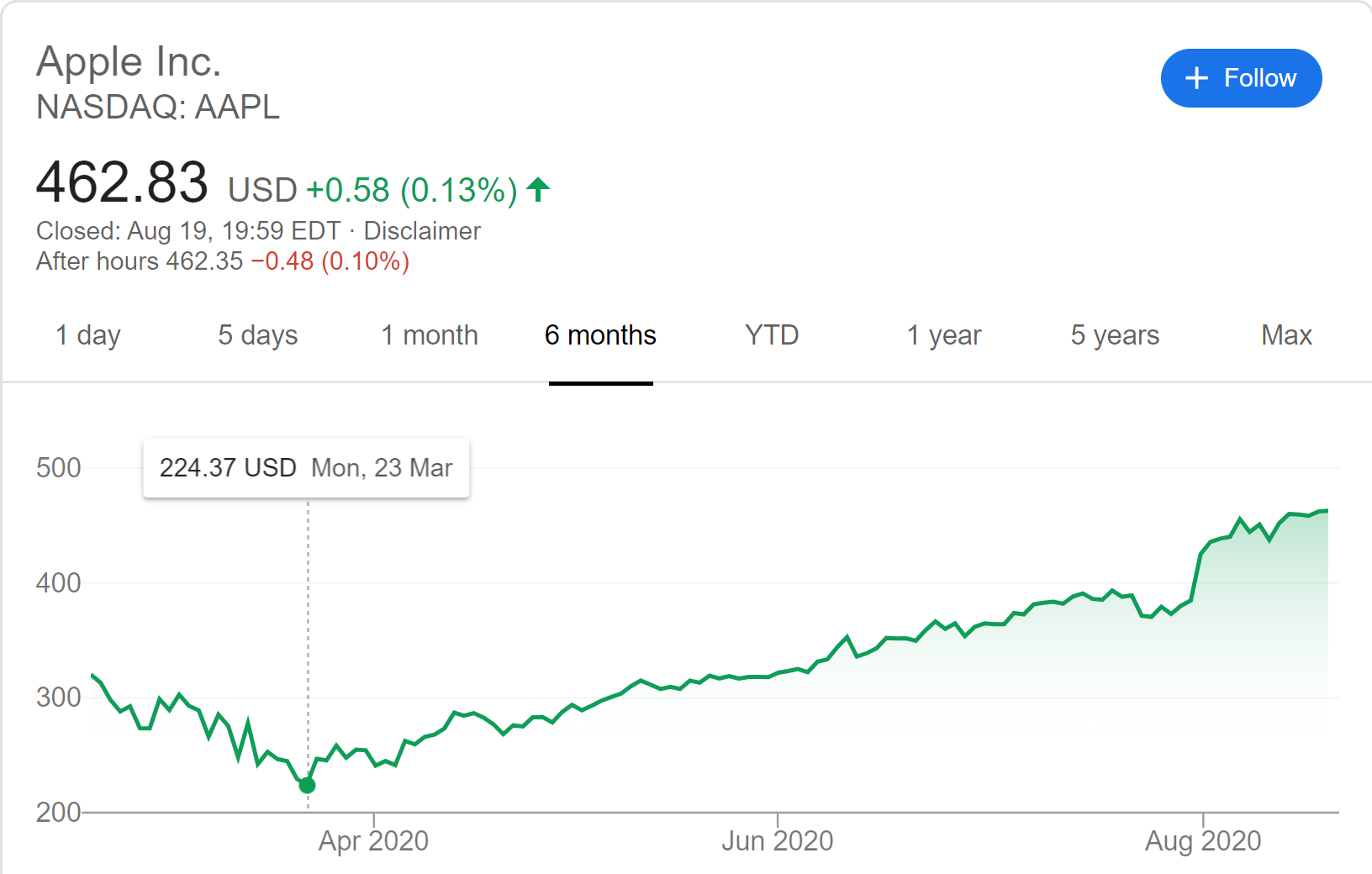 To reach the $1 trillion mark, Apple needed 42 years but the second trillion took exactly four decades less. What is really mind-blowing, is the fact that out of those 2 years, only the last 21 weeks raked in the entire amount.

As recently as mid-March, Apple’s value was under $1 trillion after the stock market plunged over fears of the coronavirus. On March 23, the stock market’s nadir this year, the Federal Reserve announced aggressive new measures to calm investors. Since then, Apple was able to literally double its value.

Although it took decades of constant innovation for Apple to reach $1 trillion, over the past 2 years there hasn’t been much of it. There were no new groundbreaking technologies or legendary devices such as the iPod or the original iPhone released. Generally, all Apple did throughout this time is tweaked already existing devices and released them with a newer, fancier name.

Its main focus has been on services such as streaming music, streaming TV series & movies, and providing news. Of course, there are subscriptions that you have to pay for each of them. Under its chief executive, Tim Cook, Apple’s most important innovation in recent years has arguably been its nearly unrivaled ability to generate profits.

Mr. Cook has built a sophisticated global supply chain to produce billions of devices and leaned into a product line designed to lock customers into its ecosystem, so they buy new gadgets every few years and pay monthly fees to use Apple’s suite of digital services.

The 30% cut Apple gets from the companies that run businesses on the AppStore has also definitely helped the tech giant to reach this milestone. In fact, the company is facing a string of regulatory headwinds for this exact reason as many believe such a large percentage to be unfair. 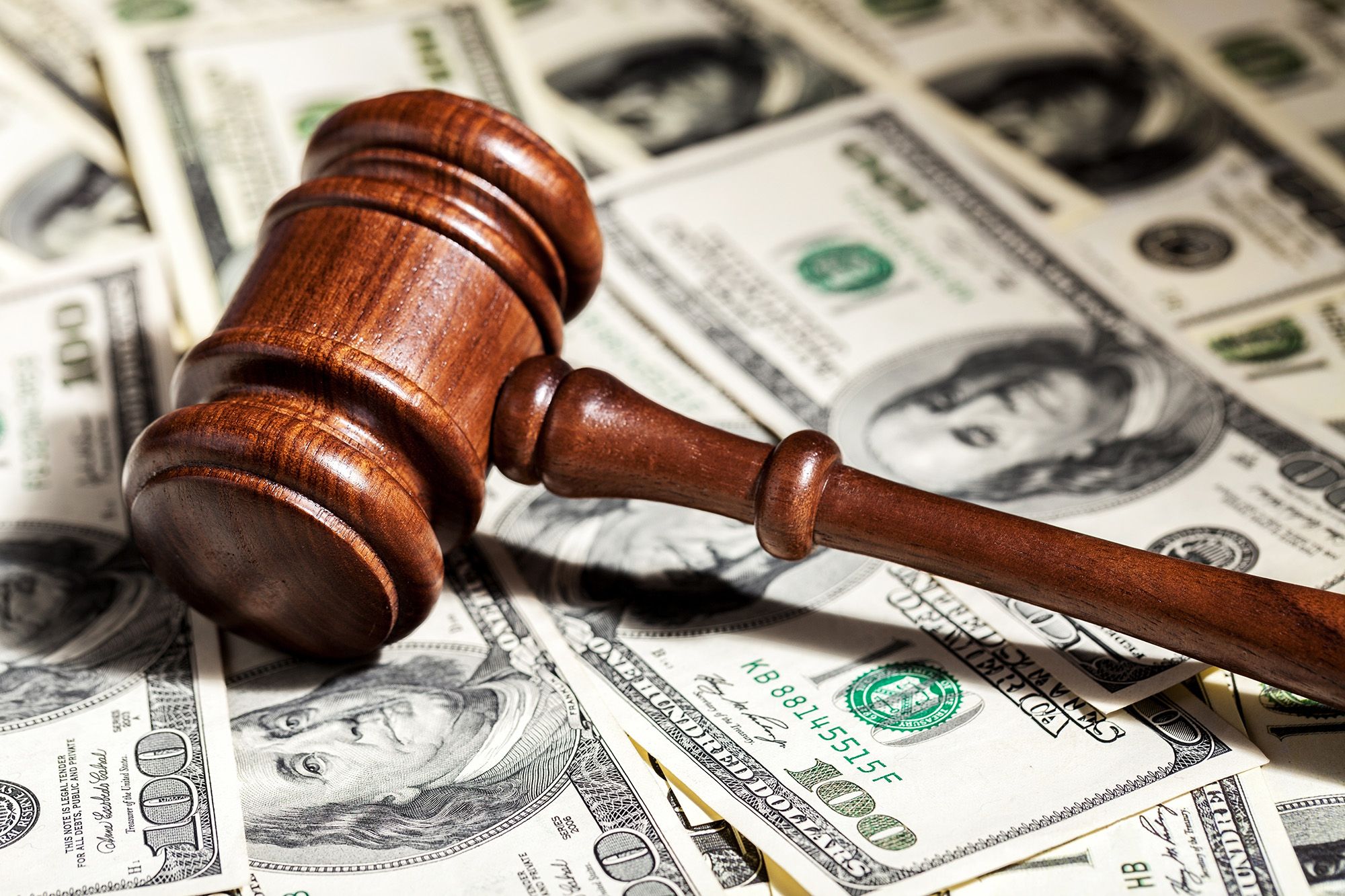 This has been an issue for almost as long as the AppStore existed. The mandatory 30 percent “Apple Tax” has been criticized from the very beginning and had even cause a few lawsuits to occur. The most notable one probably being the ongoing legal challenge from Fortnite creator Epic Games, which is currently suing Apple for kicking Fortnite off iOS after Epic tried to circumvent Apple’s payment systems.

The richest company in the world

What is Bulkmail and Spam?

How to find the best domain for my business

How to install Redis on centos 8

How IT Helped Fight COVID-19

What is Reseller Hosting?